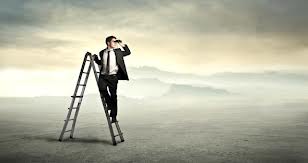 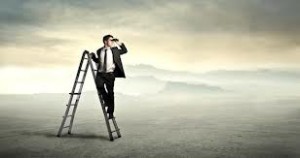 When many Christians are posed with the question, how do they know they are saved, or that they belong to the elect, in general they affirm that they possess the blessing because they believe. They have faith in their faith. Faith is of great importance to the life of all believers, although he should not look to his faith in order to find assurance. When he does that he betrays faith itself since the nature of faith consists in looking outside of itself in order to find assurance. Faith is like the eye, it cannot look within, it will always have to look away from itself. Paradoxically, where true faith exists, there is a discovery of its very imperfection, and that the phantom of unbelief is lurking not far behind.

Neither may the Christian look to his spiritual growth to find assurance since one of the evidences of growth is that every day he will see his own imperfection and the depravity of his own heart. Thus, his spiritual growth instead of assuring him that his personal righteousness is pleasing to God, will make him tremble before God’s divine perfection. Only Pharisees will boast of their own righteousness. Whoever is just before God will only confess his wickedness. Nothing in him can serve as the foundation of his peace; thus he will seek for it outside of himself, in the revelation that God has shown in His Word.

That Word is the one that became flesh, it is the same word preached in the Christian message. This word proclaims that from the very beginning God constituted Christ both as the Elect and the Reprobate; that for the sake of this world God rejected Him and made Him a vessel of wrath. The gospel comes to a world of condemned men and women, who merit no blessing at all. It comes with the announcement that in Christ, God has solved once and for all the problem of humanity. As sovereign God He made Christ to be the vessel in which to pour all His wrath, as well as His blessing, so that in Him God eliminated every obstacle to man’s forgiveness.

The gospel is not the announcement of a condition: If you believe God will forgive you. It is the testimony that such a blessing has already been obtained. In the instances where expressions such as these are used it is not that we may think that forgiveness is accomplished at the moment we believe. Rather, we are called to participate in the reality of what was already accomplished in Christ. The gospel begins with the announcement, with the good news that man’s forgiveness has already been accomplished, that in Christ, as the Elect, he is already included. God has made Him to reign at His right hand, He is a friend of God, He has been justified. It is an all inclusive salvation, because it is not something that happens in man, but in the Man Jesus Christ.

Man can have assurance of being one of the elect because God has exhibited Christ as the place in which He was reconciled to man. As far as reconciliation, expiation, insofar as everything that pertains to salvation, there is no after thought, there is no “something else” in which man needs to participate. We are mere spectators of this drama where we watch the canceling of our debt. On the third day we were allowed to see the beginning of the new creation, so that we may understand that all has been done, and is finished.

Once that work was finished the revelation was given through the Spirit and the word, and it communicates to us that there is a new humanity with whom God can now relate from that moment on, and that new humanity is Christ. In Him, the eternal Judge pronounced man’s rejection, and in Him also man’s election.

The gospel witnesses that the blessing is for all, and that no one has been excluded from the blessing that flows from God’s merciful heart, and you, my dear reader, are part of that whole. Christ assumed humanity, not the nature of angelical beings, is the witness of the Epistle to the Hebrews. He did this to redeem this type of creation so special to Him. All who belong to this humanity receive the blessing. If you are a human being the blessing is yours.

He is the vault where God deposited the treasure of His grace. He is the Joseph that administers the grain houses of God as well as the grain stores where the grace of acceptance and election has been entirely deposited. He is the new Adam of whom we are all a part, and share of all His riches. The infinite wealth of Christ is the gift that belongs to the humanity He assumed. The problem with Calvinistic election is that it fails to see the implications of the incarnation. For them the incarnation is a means to an end. In Biblical revelation that end is accomplished in the incarnation, the Christ is the new reality that God has revealed. The Creator in Himself gives shape to the new humanity, and in so doing is reconciled with His creature. Christ is not the Savior of a man, He is the Savior of the human being, of that humanity that He carries in His own flesh. In becoming man he assured the destiny of all those with whom He shares flesh and blood. In Christ everything that is human, everything that belongs to man, finds its fullness and perfection.

Faith does not make these things a reality. Faith is merely opening one’s eyes to this reality. It is the freedom to see, the freedom to affirm that God is sovereign, that God has brought to fulfillment His salvation in Christ the Man, in the new humanity of the New Creation. In this work no one takes part, because all who were called by God did not answer.

There is no one from the old creation that is able to respond, they are slaves of Satan, they find themselves dead in their sins and trespasses, they are under the judgment of God. Grace, in the preaching of this story, comes armed with the word of reconciliation, it frees man from his captivity so that he can come to God. The true light shines on every human being who comes upon this world. It gives him eyes to see, ears to hear, and redeems him from the hardening of his heart so that he can come to God. The sovereign God made that decision.

The old creation cannot be renewed, it must be destroyed and that is what Christ did on the cross. The word of the Christian message must assure all those who hear it that he is included in that humanity that Christ possesses, that the riches of Christ are also his. The assurance of reconciliation will be enjoyed by all those who deny themselves to find it within them and seek for it outside themselves, in the person and experience of Christ.